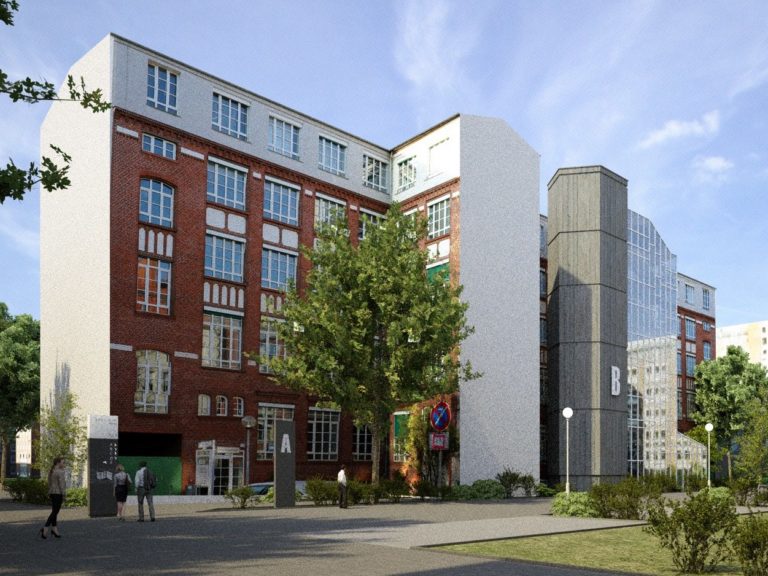 The property is located in Weißensee, a district of Pankow/Prenzlauer Berg, which is known among Berliners for the dense settlement of many arts. Already at the beginning of the last century numerous films were produced here and also in the last decades many other artists, studios, film makers etc. settled here. The Weißensee School of Art is located in the direct vicinity and is also a tenant in the building.

The building was erected in 1922 as a four-storey industrial development and was extended by one floor during a modernization in 1994. Initially developed as a chocolate production factory the building today it is used as office space. The property was acquired with a high need for renovation and a suboptimal fragmented tenant structure and is now, under new ownership and management, undergoing a successful renovation and reletting strategy. The aim of the renovation is to e.g. upgrade the stairwells, entrance areas and outdoor facilities, as well as to bring the building’s mechanical equipment up to a high technical standard.