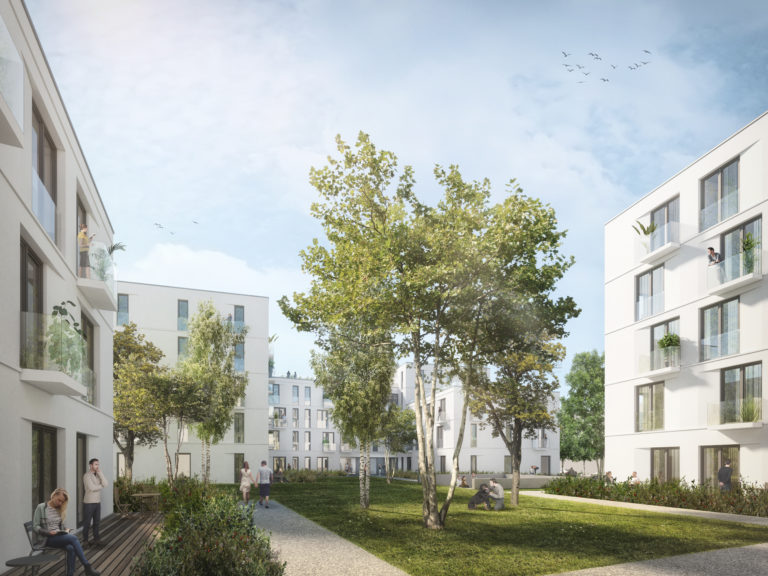 Since the ’90s, Adlershof has been systematically developed into a science, business and media location. Located less than 30 minutes away from Alexanderplatz and within the direct vicinity of the BER airport, Adlershof represents a prime location in the city. It is considered one of the most successful high-tech locations in Germany. In addition to numerous companies, various universities have also settled here; the Humboldt University, for example, is represented by six institutes. The location is also developing rapidly in terms of retail and gastronomy.

The project comprises three buildings, two opposite U-shaped buildings containing 295 student apartments and common areas, and an L-shaped office building with approx. 6,000m². Each building has an individually designed roof terrace and extensive green landscaping has been developed between the buildings.

After completion, the building will be managed by CRE under the brand Neon Wood. Information about the office space can be found under Kabelwerk.Berlin